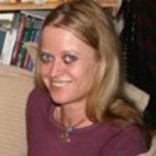 Tara Douglas is a trained animator and the Founding member…

The oral tradition of the Wancho community from North East India is an unfamiliar area of research even within the region. My background in animation film, the interest in translating indigenous tribal folklore for new audiences, and some previous experience of the cultures of neighbouring communities in Arunachal Pradesh and Nagaland, initially drew my attention to the exemplary artistic traditions of the Wancho.  Several folktales were included in Myths of the North East Frontier of India by Verrier Elwin (1958); however, the fact that there is no anthology of Wancho folklore published to date reflects the extent of the marginalization of their oral heritage and cultural traditions in India.

The Wancho people are a population of 56,866 (recorded by the 2011 census), residing in the secluded landscape of the Patkai range located at the fringe of India—an area that extends from the edge of Assam to beyond the point where the international border with Myanmar divides the community.  The aesthetics of the visual art of the Wancho community and the neighbouring Naga groups have managed to attract worldwide attention, and the artefacts that were collected by administrators and anthropologists during the British colonial period hold prominence in archives at several museums in the UK including at the British Museum and the Horniman Museum in London, and the Pitt Rivers Museum in Oxford.  Images of the traditional Wancho sculptures are also reproduced in Verrier Elwin’s book The Art of the North-east Frontier of India, Volume 1 (1959) and artefacts from his personal collection that were acquired during his visits to the North East region of India are held at the National Museum in New Delhi. The present location of these historical artefacts in the ethnographic archives conveys the sense that these cultures are archaic and outdated.  Drawing from these historic materials, my research project titled The Stories of Our Ancestors explores the process of adapting one sample folktale from the Wancho oral tradition in the format of animated film to establish how local cultural knowledge can be made more accessible for younger people.

The culture of the Wancho community is most frequently cast as a warrior tradition due to their historical practice of beheading enemies that were carried out in a similar manner to the neighbouring Naga tribes including the Konyak, with whom the former shares numerous cultural affinities. The extreme geographical isolation deterred most intrusions into the Wancho region during the period of the British administration in India.  According to their own remembered accounts, the villages sometimes clashed fiercely with one another over claims to territory and natural resources. Since the creation of the state of Arunachal Pradesh in 1971, and the more recent bifurcation of Longding from Tirap, various efforts have been directed towards the inclusion and integration of the local communities; however, to date this remains a largely unknown and unexplored part of India.

The social structure of the Wancho community is divided across four clans that are presided over by the royal family bearing the title Wangham.  In each Wancho village, the chief,  known as the Wangham, is regarded as the highest authority. The hierarchy system vests the supreme authority to the eldest son of the senior royal wife of the chief.  In the past, the chiefs held exceptional power: they settled disputes, maintained law and order and organised raids on rival villages. In the present day, Wancho chiefs primarily continue to decide the schedule for agricultural activities and they collect tribute from the villagers in the form of grain, beer and meat. The smaller villages that were bifurcated from the larger paramount villages assisted in the task of defence and accommodated excess population. These subsidiary villages also pay tribute to the Wangham of their paramount village.

As the authority of the elders continues to be widely regarded within clans, their role as transmitters of cultural and philosophical knowledge is recognised through their advisory role for this research. The stories of the Wancho, which are broadly categorised into myth, folktales and remembered histories, originate from the period in Wancho life that preceded the arrival of Christianity in the area. The Wanchos apprehended Christianity as a means of achieving progress in their standard of living. As Jayanta Sarkar (in Subba and Som, 2005:177) pointed out—the lifestyle of the neighbouring Christian Naga groups inspired them to achieve a respectable socio-cultural position in the region that led to a divergence from their earlier practice of headhunting that holds prominence in oral memory.

The first schools for the tribal communities in the region were constructed by Christian missionaries and in Longding District, the Don Bosco School in Mintong established in 1996 by the Salesians of Don Bosco Catholic Church, remains the popular choice for parents who want their children to attain fluency in the English language. Other prominent boarding schools in the region include the Vivekananda Kendra Vidyalayas (VKV) and the Jawahar Navodaya Vidyalaya School (JNVS).  In each village, the official medium of instruction in the government schools is either English or Hindi. The critique of the national education policy in India identifies persistent colonial perceptions of tribal communities as ‘backward’. Hence, local knowledge, traditional skills, languages and value systems are replaced with aspirations to acquire mainstream jobs and identities without challenging the structural inequalities of the system (Sahu 2014; Daripa 2017; Gupta and Padel 2018; Survival International 2020). It was the negative impact of detribalisation that led Verrier Elwin (1957) to recommend care and sensitivity in the educational policy, which stated that instructions should be given in tribal languages and to promote the development of culturally appropriate textbooks.

The Government Middle School that was established in 1979 in Kamhua Noknu, emerges as a leading example of the important role that local teachers play to ensure the satisfactory education of students. The school is one of the few concrete buildings in the village; it has eight classrooms but no electricity, library or computers for teaching and learning.  During the research, the role of Jatwang Wangsa, the Head Teacher of Kamhua Noknu Government Middle School, extended beyond that of a translator, to become a partner in the project to produce literature in the new Wancho script.  As the son of late Ngamchai Wangsa, who had been a respected figure in the village community, Jatwang was able to make arrangements for me to record oral recollections from his parents and other leading storytellers in Kamhua and the neighbouring villages.  He was also able to provide contextual information about the informants and to verify specific details about the characters and locations of the stories with them.

In the furthermost eastern corner of India, the sun sets early, and storytelling by the fireside in the traditional Wancho kitchen is a regular form of entertainment. The Wancho stories are repositories of indigenous knowledge about the use of plants, agricultural and hunting practices, rituals and social customs.  The traditional knowledge that includes the practical set of skills for organic modes of fishing, water management, ethnomedicine and the preparation of handicrafts was imparted informally in the family by parents and grandparents. Each colony in the village also has a male dormitory or morung (referred to as Paa by the Wanchos), and these have traditionally been the formal institutions for passing down knowledge.  The decline in the role of the morung in villages is responsible for the neglect towards the indigenous knowledge and practices that have been handed down by the ancestors.

The oral narratives also communicate the social values of the community that underscore collective and individual practices of acceptance, sacrifice, gratitude and generosity: in these stories, the characters accept their fate and their responsibility to kin, community and environment; the priest demands sacrifice to appease the malevolent forces that are held to account for natural calamities and disease, and the sacrifice of a domestic animal represents the sacrifice of an object of personal value. The Wancho custom of dividing meat equally at each sacrifice, and following the successful hunt in The Story of the Gourd, is regularly practised at community feasts that mark the significant initiations and events of Wancho social life: the birth of a child, the day a boy gains membership to a morung, marriage and death ceremonies and at festivals that celebrate the agricultural cycle.  Even the contribution by the extended community during the construction of a new house in areas of work allocated based on gender (the men in the construction activities and the women in the preparation of food), is rewarded by a communal feast hosted by the house owner.  It is by these acts of reciprocity that the community maintains equilibrium and evokes the guardianship of the natural, human and spiritual domains (Studley, 2010).

The folklore of the Wancho people invites us to experience our existence and the whole biological world in which we cohabit; filled with vitality, consciousness and soul.

For the folks that continue to live with age-old animist traditions, it is not only humans who have consciousness and sentience, but also the flora and fauna, geographic relief such as mountains, stones or rivers and all other entities of the ecology, our ancestors and the ambit of potential energy that is represented by the divine elements of the stories. The awareness and strength of our relationships with the ecological environment define who we are, where we belong and what we do.  The stories are tools to encourage reflections about our relative position in the ecosphere to assess, moderate and restrain the dominating influence of our human intent.

Amazing!
1
In Love with this Piece
1
Makes me think!
0
Mind-blowing
0 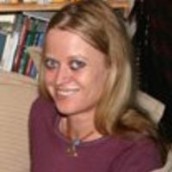 Tara Douglas is a trained animator and the Founding member of the Adivasi Arts Trust, an organization that promotes awareness of Indian tribal culture, and works with the tribes involving them in digital media projects to make their arts more widely accessible.