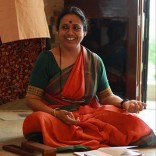 Vandana Alase Hazra is a senior Bharatanatyam dancer based in… 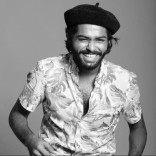 Sangram Mukhopadhyay is an aspiring dancer who has reconciled with…

As an aspiring choreographer, the eagerness to be meaningful baffles yet intrigues me. As I imagine dance to be within the polarity of intention and technique, we are slowly recognising the need for inclusivity and diversity in our endeavours, owing to various histories of oppression and appropriation. With this comes the issue of who should be allowed to say which stories? Should somebody with no lived experience of a troupe in a plot be allowed to authentically deliver the story only through detailed research and understanding? Or should that be supplemented or more so left to be told by the people with such (hi)stories to lend better representation?

How then can we redraft our approaches without indulging in mere pleasing tactics of representation and yet make meaningful collaborations?

Dance choreography is, and has been a complex process at all times and across forms. Whether it is the challenge of ‘concretising’ an abstract, spiritual idea, or the unfolding of a narrative through time, space and emotion, the dancing ‘body’ and ‘mind’ of the dancer, having a separate entity of its own, has had to define and redefine its role in the process  again and again.

The ‘choreographer’ again is yet another entity, very often distinct and different from the dancer, whose work it is to ideate and construct the visual design to be executed by the dancer. Seen simply, the Choreographer ideates/visualises, while the Dancer executes. As such, their roles and challenges are different.

In recent times, with the emergence of the Choreographer-Dancer, these two separate roles are often taken on by the same person. As a result, the task is intensified and becomes additionally challenging; considering this, the ‘baffling and intriguing’ experience of my friend here is not surprising at all.

Regarding the imagination of Dance as existing between the polarities of technique and intention, I would like to ask – is not a particular technique a consequence of the intention? In other words, are they really presenting a polarity? I would like to think that a particular technique – unless it stagnates and is relegated to a meaningless repetitive manner of doing things – evolves in the first place through and because of intention. Having said that, in a situation where a particular technique seems limiting, inadequate or aesthetically unable to support an intended idea, could the two pull in opposite directions? I would rather think that precisely, at this very point, will a new technique be born – a technique that once again pulsates with the intention!

More importantly, the questions raised herein are those related to the issue of authority and appropriation of narratives as well as authenticity of representation.

“Who should be allowed to say which stories?”, asks the choreographer. Or “How can we redraft our approaches without indulging in mere pleasing tactics of representation…?”

Before I reflect on that, I would like to emphasise that the question of authority/appropriation is more of an ethical one, while aspiring for authenticity in presentation is more of an aesthetic concern and the two are very different things.

It appears to me that my friend is talking of a Dance here, that is taking upon itself the task of telling stories of what he/she refers to as “other’s”. Perhaps it is in this ‘othering’ that the dilemma is intensifying. What happens if I choose a particular narrative belonging to a specific time and space, with specific names, forms and situations, generalise the issues and ideas therein, and hold up the ‘issues’ rather than the specific incidents/event? Is it the event or the people we are talking about more important than the issues in question? Is it not the work of art to uphold the larger issue than to merely discuss persons and events of a particular time and space? Perhaps we need to be clear about what we intend to do. Whether our approach is that of a reporter/commentator, or if we would rather be an arts activist, in which case specifications of time, place, event, and person do become important. However, in the process of creating art, is the artist not constantly striving to make every “other” experience one’s very own? Not just that, within the presentation is also a genuine submission to the spectator to make this experience his/her’s as well! It is in the sincerity of this very effort that artistic endeavour is authenticated, art practice sanctified! It is perhaps in the making of the “other’s” agony and ecstasy “our’s” that such a dilemma will probably resolve itself. While I would primarily appeal for the artist’s/dancer’s right to choose a subject matter of his/her choice, I do feel the need to stress however, that the dance form is very delicate and fragile. The subject matter does need to gel with and match the technique in order to make any lasting impression. Neither through a pleasing movement alone, nor through a mere cerebral approach will the art of dance find its fulfillment. Clarity at different stages should help, and to slightly modify what a friend once said, “Movement is free but clarity is not!”

Write to us at Letters from Young Artists section and we will connect you to the experts in your field. Get all your questions answered. 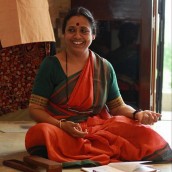 Vandana Alase Hazra is a senior Bharatanatyam dancer based in Kolkata. Presently, Guest Faculty at the Rabindra Bharati University, Dept. of Dance, she contributes to the fields of Dance, Music and Literature through performing, teaching, translating and critical thinking. 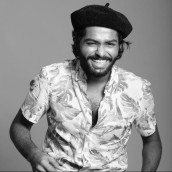 Sangram Mukhopadhyay is an aspiring dancer who has reconciled with his lack of conformity (genre-wise) by exploring movement in different spaces. A movement enthusiast with a love for performance, he is currently involved as a creator and associate artist with multiple collectives based in Kolkata and elsewhere. He derives his source of movement from a 70s club-style, namely Waacking/Whacking, and is curious to understand how to contemporize the movement.