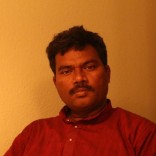 We need to rethink the model or perish leaving India with Bollywood: Mallika Sarabhai

The Museum of Santal Culture is located in Bishnubati, a Santal village situated 10 kilometers away from Tagore’s Visva-Bharati University in Santiniketan. The museum is managed by the Bishnubati Adibasi Marshal Sangha, the registered society founded by the villagers. The Santali name of the museum is ‘Santal Arichalidoho-jogao Bakhol’, which means ‘the house for taking care of Santal culture and heritage’.

The primary objective for establishing this museum was to create awareness among the students and parents of the two Santal villages Bishnubati and Ghosaldanga about their rich culture and heritage. Since the last three decades our partner organization, Ghosaldanga Adibasi Seva Sangha, has been working for the overall development of Santals in our two villages and the neighbouring area. The organization has a non-formal Santal School, ‘Rolf Schoembs Vidyashram’, where Santal children receive their education in their mother-tongue and gradually switch over to Bengali as the medium of education. In the syllabus of the school, we have incorporated Santal history, folklore, dance, music, along with subjects like Mathematics, Science, English, and Bengali. The role of the museum is to cultivate self-confidence and cultural awareness in the students of the school and their parents.

In the process of social and economic transformation, the Santal children’s opportunity to know and experience their culture is diminishing. We believe that the knowledge and wisdom with which our ancestors led their lives have their importance even today. Santal cultural values such as the strong sense of freedom, the close community life and democratic attitude, the joyfulness of life, living in communion with nature, the freedom of women, and the quality of remaining content with the bare minimum are all qualities that are much-appreciated in the modern world.

Our parents, who have never attended formal schools, have come to epitomise these values by simply practicing them. For example,  while collecting firewood from the jungle they neither cut tender trees nor branches, but only collected the dry twigs and leaves from the ground. Similarly, they brought up their children with fewer dos and don’ts, and instead encouraged them to be sensible and use common sense. The museum helps the children to know the positive aspects of Santal life and to find their cultural identity in the modern world.

The other objective for establishing the museum is to create awareness among our non-Santal neighbours about the positive aspects of Santal socio-cultural life. It is indeed sad that after having lived with the dominant communities as neighbours for centuries, we have failed so far to create any mechanism to know each other’s culture closely. The little and that too distorted information about the Santal tribes could be attributed to some poorly researched article in school-books or badly produced films. In most cases, Santal life has been portrayed in a negative light, or it has been totally romanticized. This distorted representation of the Santal way of life is being stereotyped in mainstream society through songs, dances, and of course films. It would be ideal if the Government could take a constructive role in integrating tribals in the other cultures of the country, but this has not happened yet. The museum tries to change this perception of our non-Santal neighbours by inviting them to visit the museum and get to know the Santal life from close quarters through a wider perspective.

To educate Santals about their rich cultural heritage is not as easy as one may think. The process of modern development is nowadays steered by the dominant communities.

Right from the early days of schooling, tribal children are made to believe that it is only by abandoning their language and culture that they can be successful in life. Because of such monolithic teaching methods in most schools, it often becomes difficult to convince young Santals that it is indeed important to preserve for posterity our own objects and artifacts, such as the Banam, which is an ancient wooden musical instrument of the community. It is also hard for the youth to recognise, let alone appreciate, that this instrument carries within itself the legacy of their forefathers’ artistic sense and traditional wisdom.

Realising the complexity of our situation and the many challenges arising from it, we started motivating the villagers as soon as we conceived the idea of a museum. After agreeing with the idea of putting up the museum, the men of the village took part in making the roof and they helped cover it with straw. The youth did the interior decoration and the women cleaned the walls and the floor of the house with a mixture of mud and cow dung, as they often do in their own houses. While constructing the house, one member from each family gave free labour; only food was provided to them. Once the building was built, the men, women, and even the students donated numerous items for the museum. Now, the museum has got its definite shape, and the senior students of the village who stay on the campus, take care of the museum. In this way, the museum has truly become the museum of the community.

However, these cultural items have no value unless life is infused into them. Therefore, we try to create occasions, such as performances of Santal dances, music, and organise art-workshops to keep the museum and our distinct culture alive. We also invite individuals and groups from different spheres of life to share their creativity. This in turn serves as a source of inspiration that motivates us to further develop the museum.

Every year on the 9th of December, we celebrate Museum Day on which various artist groups come to participate. In 2015, our museum was one of the indigenous collaborators of the Bodding Symposium in Oslo. The symposium was organized by the University of Oslo and the University of Thromso.  Similarly in 2018, a Banam making workshop was organized in collaboration with the Museum of Cultural History, Oslo. Out of the 16 Banams produced in the workshop, 10 Banams were kept in Oslo and two were exhibited at Indira Gandhi Rashtriya Manav Sangrahalaya in Bhopal. The museum has also produced two catalogues; one on the exhibits of the museum, and the second one on the Banams.  Both are also available online.

Banam: Ancient Musical Instruments of the Santals of West Bengal

As we attempt to move forward with the activities of the museum, we are faced with several practical and ideological challenges. So far our visitors have been our students and the people known to us personally. So we are thinking of ways to attract more visitors to the museum. Having said that, we are also very hesitant to open the doors to regular tourists who come to visit Santiniketan, because the experience of hosting regular tourists in the Santal villages near Santiniketan has not been particularly pleasant.

Most of the tourists visiting the villages are often not sensitive enough towards the women and children of our villages. We wish that the visitors who come to us take a genuine interest in knowing about Santal cultural life. Only then will the museum become a place where visitors and we, the village people, can engage in a mutually rewarding learning experience.

Amazing!
4
In Love with this Piece
1
Makes me think!
1
Mind-blowing
1 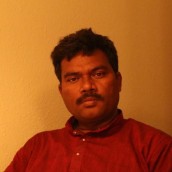 Boro Baski works for the community-based organisation Ghosaldanga Adibasi Seva Sangha in West Bengal. The NGO is supported by the German NGO Freundeskreis Ghosaldanga und Bishnubati. He was the first person from his village to go to college as well as the first to earn a Ph.D. (in social work) at Visva-Bharati. He has authored Santali translations of Rabindranath Tagore’s Vidyasagar-Charit and Raktakarabi (Red Oleanders), published by the Asiatic Society & Sahitya Akademi in 2020.