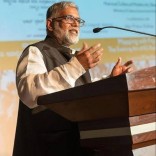 Prof. R. Siva Kumar is an art historian and curator.… 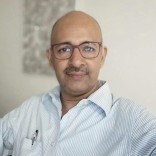 Prof. Soumik Nandy Majumdar is a faculty member of the…

In the previous episode of Articulating The Art of Bengal: 1750-1947, we had discussed the Bengal School, dissected its creative core and studied its influences, especially through the works of Abanindranath Tagore. We also heard from the scholars how during the same period, counter-discourses were championed by the likes of Hemendranath Majumdar and Atul Bose. In this episode, Santiniketan School: 1920-1947, we would be tracing both the continuities and the disconnects of the Bengal School in the emergent art practice of 20s Santiniketan, which preached and practised context-sensitive Modernism instead of glorifying the past to counter Western Modernism.

Since Rabindranath Tagore did not completely subscribe to Abanindranath’s vision for Indian art, we would also try to understand why then Abanindranath’s protegé, Nanadalal Bose, was put in charge of the newly founded art institution in Santiniketan. The other stalwarts of the Santiniketan schools were Benode Behari Mukherjee and Ramkinkar Baij. We would learn more about innovative ideas and techniques that were introduced by these Santiniketan artists to engage with the world and portray it creatively. Most importantly this session will further shed light on how these artists stood apart yet together in the making of a contextual modernism in Santiniketan. Where did they diverge and why? And how then did they converge, and meet again? Discussing these and many such intriguing questions in this episode are Prof. R. Siva Kumar and Prof. Soumik Nandy Majumdar.

Joining him in this episode is Prof. Soumik Nandy Majumdar, who is an art historian, art critic, and curator. Prof. Majumdar also teaches Art History at Kala Bhavana and has made a significant contribution to the discourse through his lucid Bengali and English essays.

Stay tuned for the next episode of Articulating – Calcutta Group and the Progressive Art Movement: 1940s!

Amazing!
2
In Love with this Piece
1
Makes me think!
0
Mind-blowing
1 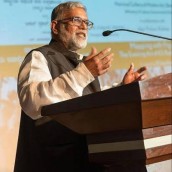 Prof. R. Siva Kumar is an art historian and curator. He has authored over 15 books on modern Indian art and curated numerous exhibitions including Santiniketan: The Making of a Contextual Modernism, the retrospectives K. G. Subramanyan and Benodebehari, and The Last Harvest: Paintings of Rabindranath. He is a professor of Art History at Visva Bharati, Santiniketan. In 2018, he was awarded 'Lifetime Achievement Award for Art History and Art Criticism' by the Government of West Bengal. 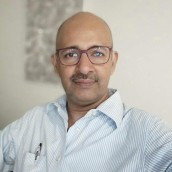