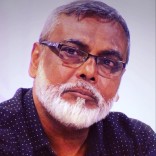 Debasish Deb is a cartoon and comic illustrator. He has…

A Webinar on Raphael Sanzio

Satyajit Ray’s repute as a revolutionary filmmaker who changed the trajectory of Indian cinema forever often shrouds his lesser-known past as an illustrator and graphic designer, although his oeuvre as a graphic artist is itself rich, profound, and diverse as his filmography. He was responsible for reviving the monthly children’s magazine, Sandesh, conceptualizing several others like Ekkhon and his nuanced understanding of calligraphy & expressive typography is reflected in the poster for Mahanagar. On the occasion of his birth centenary, Kolkata Centre for Creativity organized Ray- Speak Through Graphic Design by Debasish Deb, a children’s illustrator specializing in cartooning and comics and Debasis Mukhopadhyay, a renowned Satyajit Ray scholar. The event explores the various creative manifestations of the versatile genius like cover designing, illustration & calligraphy.

Amazing!
0
In Love with this Piece
0
Makes me think!
1
Mind-blowing
0 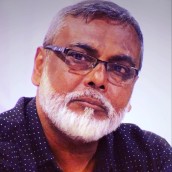 Debasish Deb is a cartoon and comic illustrator. He has been a contributor to daily newspapers like 'The Telegraph', 'Anandabazar Patrika', and periodicals like 'Desh', and 'Anandamela'. As a children's illustrator, he mostly works with publications such as N.B.T, Vikas or Orient Blackswan. He also wrote a book titled 'Rang Tulir Satyajit' in 2015, describing Ray's illustrative practices and accomplishments.