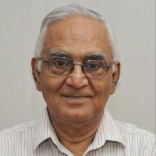 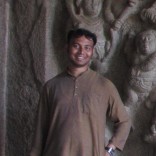 Prof. Soujit Das is a faculty member of the History…

The Magic of Kerala’s Animated Masks

KCC as an organization takes pride in Bengal’s cultural legacy and celebrates its contemporary manifestations in the arts through our various programs, events, and exhibitions. Though rooted in Kolkata, being trans-local in spirit, we encourage the cross-pollination of ideas and creativity across borders.

Being true to this vision, and our commitment to serious conversations around art and artists, we are happy to launch our new digital platform, Articulate, and this conversation series — Articulating The Art of Bengal: 1750-1947.

As you are about to witness, the first season will broadly delve into the artistic achievements, debates, discussions, and the general creative environment, beginning from the late 18th century Bengal to the middle of the 20th century—a period of art activity that formed and informed the new idiom of Independent India’s visual culture.

While we have with us well-known scholars and teachers, who have helped us make sense of this period and its art with their pathbreaking scholarships, we also have with us younger researchers and practicing artists who have passionately engaged with the subject and provided new perspectives.

In each of these 8-episode series, 2 scholars will engage with one another and bring forth a lot of original research, thought, and information about various facets of this shifting visual landscape. They would talk of institutions that shaped and reshaped art and its ideology, and of course discuss the artists, who were the chief architects of early modernism in Bengal. This series would be useful to visual arts students, passionate enthusiasts, and even those who are familiar with the art discourses of the time.

For the first conversation, titled Pre-modern Colonial Art in Bengal: 1750-1850, we have with us Prof. Dr. Asok Kumar Das, the octogenarian Mughal scholar par excellence, who has widely written and lectured in India and abroad, and remains an important voice in shaping our understanding and appreciation of Mughal art and history. Joining him is Prof. Dr. Soujit Das, who teaches art history at the Government College of Art, Kolkata, and specializes in Occidentalism in imperial Mughal miniature paintings.

In this episode, the speakers will talk about the partial migration of the Mughal school from the north of India and their relocation in present-day West Bengal. They will discuss how Nabadweep, Khulna, and Katowa emerged as local centers of art practice, and how the painted book covers or patas give us insights into the changing art scene of the time.

The conversation between Asok Das and Soujit Das will also prompt several fascinating questions. For instance, who were the important patrons? What do we know of the nameless court artists of the time? What was the existing artistic idiom, and what aesthetic changes came about in the mix?

Then of course, following the battle of Plassey, there was the influx of British administrators and artists to Bengal. What was the nature of their exchange with the indigenous artists? Was there a continuity of art practice across these 100 years? Did it change across mediums? Across scrolls, terracotta brick temples, and baluchari sarees? These questions and more are asked and answered in the following session.

Amazing!
0
In Love with this Piece
0
Makes me think!
0
Mind-blowing
1 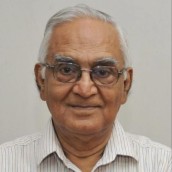 Dr Asok Kumar Das was the Director, Maharaja Sawai Man Singh II Museum, Jaipur. The thrust areas of his research and publication are Mughal and Rajasthani art and culture, Museology and history on which he has published more than sixty books, portfolios, research papers, popular articles and book reviews in leading Indian and foreign art journals. His monograph on the great Mughal natural history painter, Ustad Mansur was published in 2012. 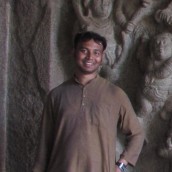 Prof. Soujit Das is a faculty member of the History of Art Department, Government College of Art and Craft, Kolkata. His doctoral thesis explored ideas of Occidentalism in Mughal miniature paintings (1580 - 1658), majorly focusing on different aspects of political Islamism and ethno-centrism.