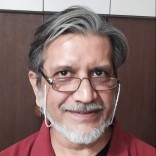 Prof. Indrapramit Roy is a faculty member of the Department… 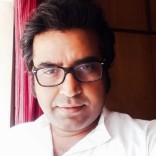 Prof. Samindranath Majumdar is a faculty member of the Department…

The second episode of Articulating The Art of Bengal: 1750-1947, Season 1, focuses on ‘Nationalism, Colonial Legacy, and The Churning: Early Decades of 20th Century Kolkata’, or simply put, ‘The Bengal School of Art’. This is a well-known period in the history of Indian Art, but more comes to light every other day as it continues getting scrutinised with new critical lenses.

The period was marked by a heightened sense of nationalism, and Abanindranath Tagore found himself at the crossroads where the occident had succeeded in positioning itself and its cultural heritage as the superior model for the rest to follow, and where Rabindranath’s call against such cultural imperialism was becoming louder.

What happened when Havell became a collaborator and aided Abanindranath to change the agenda, especially of the Government School of Art?

There were consequences in the Bengal art scene, ripples of which could be seen moving away from the centre and forming counter currents and discourses. Beyond the towering figures of Abanindranath and Gaganendranath, the speakers also look closely at Hemendranath Majumdar, Atul Bose and others. Sunayani Devi, also emerges as an important artist, who remained mostly unorganized until recently.

The speakers discuss the disconnect between the leaders of the Bengal Art School and the followers. They further distinguish the professional artists from those whose engagements were chiefly driven by leisurely output.

The speakers of this episode are Prof. Indrapramit Roy and Prof. Samindranath Majumdar.

Prof. Indrapramit Roy is a dynamic artist, teacher, writer, and illustrator. Since 1995 he has been teaching painting at the Faculty of Fine Arts, MSU. Prof. Roy has been engaged in teaching art for decades now, straddling simultaneously his own painterly practice and vocation as a writer.

Joining him is Prof. Samindranath Majumdar, who is a faculty member of the Department of Painting at The Indian College of Arts & Draftsmanship in Kolkata. He received his Bachelor’s and Master’s degrees in Visual Arts from Rabindra Bharati University. His works dwell around semi-abstract visual language. Prof. Majumdar writes regularly for various publications and is an expert on Hemendranath Majumdar.

Stay tuned for the next episode of Articulating – Santiniketan School: 1920-1947!

Amazing!
2
In Love with this Piece
0
Makes me think!
0
Mind-blowing
1 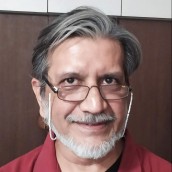 Prof. Indrapramit Roy is a faculty member of the Department of Painting, Maharaja Sayajirao University (MSU), Baroda. He has been teaching painting at his alma mater since 1995 and presently is an Associate Professor and the Dean of Students. He was also awarded the Inlaks Scholarship to study MA Painting at the Royal College of Art, London, which also included a term each at Cite des Arts, Paris and Hochschule der Kunst, Berlin on Erasmus exchange grant. 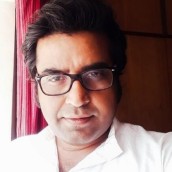 Prof. Samindranath Majumdar is a faculty member of the Department of Painting, The Indian College of Arts & Draftsmanship, Kolkata. He received his Bachelor's and Master's degrees in Visual Arts from Rabindra Bharati University. His works dwell around semi-abstract visual language.