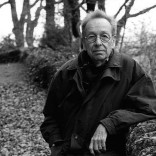 The Museum in Perspective (Part II)

The Pilgrim’s Bowl, by Swiss poet Philippe Jaccottet, is a meditation on the work of Italian artist Giorgio Morandi and its power to evoke a complexity of emotions. Jaccottet examines Morandi’s still lifes or ‘natures mortes’, contrasting his artistic approach to the life philosophies of two authors whom he cherished, Pascal and Leopardi, and reflecting on the few known autobiographical details we know about Morandi. In this small and erudite tome, Jaccottet draws us into the very heart of the artist’s calm and strangely haunting oeuvre. In this, his only book-length essay devoted to an artist, his critical prose blends empathy, subtle discernment, and a determination to pinpoint, or at least glimpse, the elusive underlying qualities of Morandi’s deceptively simple, dull-toned yet mysteriously luminous paintings. The Pilgrim’s Bowl is a remarkably elucidating study based on a profound admiration for and a dialogue with Morandi’s oeuvre.

With his natures mortes, for which the English term ‘still life’ should be adopted once and for all—and this correction applies to Morandi’s more than to any other painter’s work in this genre—, the enigma increases and, accordingly, the astonishment deepens. This is because the ‘subject matter’ here no longer has the appeal of views of the natural world, be they landscapes or flowers, and is restricted to the few, almost insignificant objects that are characteristic of his oeuvre.

In the still lifes, colours are sometimes especially austere and winter-like—colours of wood and snow. They make you once again pronounce the word ‘patience’ and think of the patience of old farmers or a monk in his frock—the same silence as beneath snow or between the whitewashed walls of a cell. The kind of patience meaning one has lived, toiled, ‘withstood’— with modesty, endurance, but without revolt, indifference or despair; as if one nonetheless expected to be enriched by this patience, to the extent of believing that the patience would allow one to be silently impregnated with the only light that matters.

Morandi long painted frieze-like juxtapositions of five, six and sometimes more objects; as the years went by, their number decreased, the composition becoming more and more concentrated and convincing, as if his first canvases were already too crowded or talked too much (to cap it off !); as if they still offered too much distraction for the mind. Now, in contrast, it is as if a traveller who had long trekked over the sand had reached the well—the ‘Well of the Living One who Sees Me’, as it is called in the Old Testament—and that there were no more reasons to take the slightest step further.

It can be objected that a slowly and skilfully arranged composition of simple brushstrokes, without the slightest reference to concrete reality, could produce the same sentiment of peace, the same ‘consolation of the traveller’. This is not unthinkable—in Rothko, for example. Yet that this sentiment is dispensed by objects linked, even vaguely, to our daily life helps to keep us from making idealistic mental flights. As if we were reminded that a prayer said on the ground is more genuine than any other, or consoles more readily.

Among the late paintings, this teapot alone, or almost alone, at the centre of the canvas—it can easily be seen that Morandi does not mix with Plato, that this is no essence or idea of a teapot, but rather that it has appeared and stands for another form of life, and with the frail trembling of life still on it.

At other times, these objects seem to be lit by a star still, or already, low on the horizon; that they are lit, I would like to say—raised back up, forgiven by this light coming from infinitely far away.

Grace said at a meal. As excessive as this seems, the thought of the pilgrims of Emmaus has come to mind—even though there is no bread nor human hands nor divine face here.

But because of the light coming from the left, I have also thought of Vermeer’s paintings with their young women standing at windows, and even of the Madonna of Senigallia in Urbino (with, moreover, those blue and yellow hues that are common to these three artists). To the extent that Morandi has seemingly transferred to a vase, a bowl and a celluloid bell grouped into a sort of strange ‘sacred conversation’, the favour of receiving a supernatural light that would have been reserved, a few centuries earlier, for the gown of a young woman, an angel or the Mother of God. (Morandi would have been the first to reject all this. All the same, I do not want to erase it from my mind—it was not entirely without reason that I thought of it.)

The more Morandi’s art progresses in terms of deprivation and concentration, the more the objects in his still lifes take on, against a background of dust, ash or sand, the appearance and the dignity of monuments.

(One night not long ago, I remembered a stopover in Ouarzazate, Morocco—rose-coloured sands and yellow sands, windy gusts blowing distant sand up into flags, and those fortress-like buildings shimmering in the excessive light without being mirages, yet barely distinct from the ground on which they had been built—why was this brief glimpse-like vision one morning so poignant? I found myself in a part of the world I had not even passionately wished to visit, and with no personal adventure involved (for, of course, if there had been in one of those glimpsed palaces or fortresses—as in a movie!—a woman, captive or not, who I would have gone to join—to liberate!—, my emotion would have been understandable and no one would have been surprised, except for the fact that I was the hero! No, I wasn’t one . . .). And what I had thus glimpsed at some distance was not even a site impregnated by the presence or the absence of gods, as Egypt or Greece had offered me on other occasions. A pure mirage, therefore? More likely, the ‘illusion of the threshold’, for there began the desert, the idea of something extending boundless in front of us—and less foreign to my tastes than the ocean—and the inebriation that comes from the thought, from this foundation for the light, completely dusty with fire, and from these sands made for the bare feet of seers, while protecting the entrance—like the empty fortresses watching over certain gorges in borderline mountain valleys—is the kind of castle that is made of the same material as the sands and that our childhood dreams, nourished with books . . . Something out there, in front of us, although we would not be going further, neither that day nor later, must have risen from deep inside me, something binding me to almost all other men since the beginnings of their history—and here was something to stir me, as when one returns from exile.)

It is the colours of the sand, the mirage of objects that have become monuments in an almost empty space, and the fusion of all this which can perhaps excuse, at this point in the text, a digression even more absurd, at first glance, than my preceding ones.

Paintings—the still lifes from the 1960s—in which only a few objects are placed, grouped together, nearly in the centre but not quite; in which they almost blend into one another; in which they take on the appearance of monuments at once noble and poor, like standing stones; whose outer edges tremble a little without ever drifting off into frailty or blurriness. In all the exhibit rooms where I have seen a few of these final paintings, in Marseille a few years ago and in Bologna recently, dwelt a radiant silence.

Perhaps one sees the burning candles of the final vigil there, a link between sunset and sunrise. Yet this vigil has nothing funereal about it. It is an infinitely calm reflection of light that is coming from elsewhere and that one never wearies of following, of recalling, of awaiting. ‘In queste sale antiche, / al chiaror delle nevi . . .’ Morandi surely knew by heart this miraculous fragment of ‘Le Ricordanze’, and also knew that it does not only express, despite appearances, regrets about an illusory and irrevocably lost paradise.

Published by Seagull Books in May 2015

Amazing!
0
In Love with this Piece
0
Makes me think!
0
Mind-blowing
1 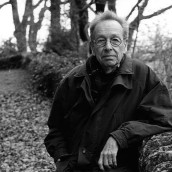 Philippe Jaccottet (30 June 1925 – 24 February 2021) was a Swiss Francophone poet and translator. He was one of Europe’s most prominent and prolific twentieth-century poets, who won several awards for his poetry and prose, including the Petrarch Prize, the Prix Goncourt and the Schiller Prize. Celebrated for his numerous translations of works by Homer, Mandelstam, Goethe, Hölderlin, Rilke, Musil and Ungaretti, among others, his collected works have been published in the prestigious Pléiade series by Gallimard.