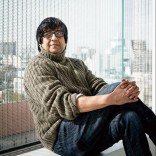 Nanak Ganguly is an independent curator and critic based in…

The heartbeat of Venetian art all but stopped with the death of Titian, Tintoretto and Veronese. No masters of their stature emerged to replace them and Venetian art went into decline. But who was the most enigmatic of them all? Among the Renaissance painters, I find Giorgione (1477/78-1510) the most enigmatic and his works shrouded with mystery. When people talk about Italian Renaissance, it’s all about the triumvirate—Leonardo, Raphael and Michelangelo. And more discerning viewers know about the fantastic oil painter Titian, Jacopo Bellini’s two sons, and Lorenzo Lotto, and others. What about Giorgione—the most enigmatic of all, who died young? Giorgione (“Big George”) was one of the great inventive painters of the Italian Renaissance. His most notable works were ‘The Tempest’ and ‘Three Philosophers’ (1506-1508). In his ‘Lives of Artists’, Vasari describes him as the northern counterpart to Leonardo da Vinci, and one of the greatest of all Venetian artists. He redefined the art of painting, despite his short life (he died in 1510 in his 30s). Yet he remains one of the most enigmatic figures in the history of art – far more so than Leonardo. Unfortunately, very few paintings either survived or were attributed to him. According to art historians, he achieved much of the effect in his paintings through colour and mood, and is traditionally contrasted with Florentine painting, which relies on a more linear style.

In the latter years, Venice was unable to dominate the trade as she once had. Furthermore, an art-minded Papacy (the office and jurisdiction of the bishop of Rome) attracted the painters with new ideas, and in the early 17th century, Rome became the centre of art in Italy. Gradually, however, the balance was restored; Venice and her great tradition in art revived with the help of foreign pleasure seekers who lavished money and patronage on their luxurious playground. Venice made a stunning comeback in the 18th century when it led all of Italy in one final display of creativity before Paris took the central place in the art world. Tiepolo, Canaletto and Guardi and a chronicler named Pietro Longhi contributed to Venice’s fame in the 18th century.

Giorgione is known for the shifty, Parnassian quality of his work, though only very few (probably six) surviving paintings are firmly attributed to him. The uncertainty surrounding the identity and meaning of his work has made Giorgione one of the most mysterious figures in European art. Around 1507, Giorgione of Castelfranco took Titian of Cadore in his studio as an assistant. Out of their relationship came several of the most brilliant collaborations in the history of painting and some of the most perplexing problems in art scholarship. He was very closely associated with Titian; while Vasari says Giorgione was Titian’s master,  according to Ridolfi  they both were pupils of Giovanni Bellini (son of Jacopo and brother of Gentile Bellini), and lived in his house. They worked together on the Fondaco dei Tedeschi frescoes, and Titian finished at least some of Giorgione’s paintings after his death, although it remains very controversial as to which paintings are these. The few years of Giorgione and Titian’s active partnership proved to be both crucial and rewarding for both artists. It was then that Giorgione’s highly personal style attained maturity. He regarded painting primarily as a medium of self expression and then an act of storytelling. It was too early for Venice to admire his extraordinary magical landscapes. He was a painter ahead of his times. Titian, a brilliant oil painter, worked with the master in several canvases while simultaneously developing his own distinctive style. After Giorgione’s untimely death in 1510, Titian altered and completed some of his unsold works. Although there is a lack of documented evidence to support my claim, I derived some from published sources; Titian made it extremely difficult to determine where the hand of Giorgione left off and his took over. If the answer has to be found, it demands a close study of the painter’s unique style.

The essence of Giorgione’s subjective art is contained in his two great paintings- ‘The Tempest’ and ‘Three Philosophers’. ‘The Tempest’ (1506-1508) has been called the first landscape in the history of Western painting. The subject of this painting is unclear, but its artistic mastery is apparent. It portrays a soldier and a breast-feeding woman on either side of a stream, amid a city’s rubble and an incoming storm. The multitude of symbols in ‘The Tempest’ offer innumerable interpretations, but none happen to be wholly satisfying.In both the paintings, he reveals his preoccupation with beauty and communicating the mood of a particular moment rather than narrating the tale that I have mentioned earlier. In ‘The Tempest’ the nursing mother and the man exchange not even a glance that might reveal some personal relationship between them.  Is he a lover? A passing soldier? A protecting saint? Situated in an enigmatic setting, they are figures of fantasy, frozen in separate reveries.

“The pensive figures in ‘Three Philosophers’, a widely disputed title (sometimes interpreted as symbols of Plato’s Cave or The Magi ), appear to be specific individuals, yet they cannot be identified. One school suggests that they represent the Magi who paid homage to infant Jesus. But for Giorgione’s purpose, the identities of all these figures seem irrelevant. If there at all exists a theme in these two works, it is a drama where each element — man, trees, rock, sky — plays an important part. A closer look reveals an unconventional technique that has been mastered to accomplish a unity among all these elements. Working without the usual meticulous preliminary studies, he sketched his composition directly on canvas. His foreground, modeled with soft contours and hazy outlines, seems distant. By contrast, he painted background elements like the tree, hills and buildings like a scene. He achieved the drama by suffusing each scene with colour, bright and electrifying, somber yet mysterious”.

Another great masterpiece, ‘The Concert’ (1515) remains a subject of disputed authorship. It has been suggested that Giorgione and Titian both worked on the painting. Giorgione and the young Titian revolutionized the genre of the portrait as well. It is exceedingly difficult and sometimes simply impossible to differentiate Titian’s early works from those of Giorgione. None of Giorgione’s paintings are signed and only one bears a reliable date — his portrait of Laura (one of the signed paintings amongst two) — which I had the privilege to view at Kunsthistorisches in Vienna. Both of them (Giorgione and Titian) appropriated portrait painting; not simultaneously, as in the ‘Fête Champêtre’, but separately and years apart. Art historians believe that in the 16th century, painting was slow and meticulous, where painters like Titian worked on canvases for years, and after Giorgone’s death, a number of unsold canvases were left in his studio. Titian as his foremost associate may have had an access to those incomplete paintings and he may have altered or completed some of his works.

In fact, the difference in styles is easier to detect in works like ‘Fête Champêtre’ (c.1505-1510) or ‘Country Feast’ because only three figures are represented and the setting reveals few particulars to be examined. What first strikes the eye is the tranquil beauty of the nudes, the softened contours of their well fleshed bodies as music fills this pastoral scene; the languid rhythm of a hot summer afternoon. Their actions seem dreamlike and disengaged as the girl pours water absentmindedly. This painting has plagued the art historians for ages—who painted this? Even the title provided is in French, since the painting is owned by Louvre. The answer to the question may never be found.

Giorgione selected the theme and perhaps painted the woman and certain other details; Titian painted the men, much of the landscape and perhaps was responsible for integrating the work. It would seem that both men worked on the painting, perhaps even at the same time.

Of the 40 or so surviving paintings thought to be by Giorgione, none can escape such questions. Even ‘Sleeping Venus’, the quintessentially Giorgionesque work, has its radical doubters who see it as entirely Titian. Some have even doubted Giorgione’s very existence, although this is the realm of conspiracy theorists and novelists. John-Paul Stonard writes in The Guardian on the occasion of his retrospective at UK’s Royal Academy in 2016:  Like his Sleeping Venus and stormy Arcadian landscapes, Giorgione’s life is shrouded in mystery. As a new exhibition of his work titled In the Age of Giorgione opens at the Royal Academy the jury is still out: how can we be sure of what he actually painted. What we cannot doubt, and should try hard to recapture, is the revolutionary nature of his paintings, and the sense of freedom and independence they introduced into Western art.

This is Giorgione’s real legacy. 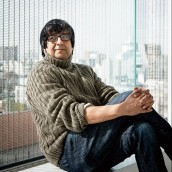 Nanak Ganguly is an independent curator and critic based in Kolkata. He has written extensively for The Statesman, Asian Age, Business and Political Observer, Deccan Chronicle, and others. He was appointed the Commissioner of VIIIth Pan Asia- Pacific Art Biennale by Lalit Kala Akademi in 1997. He has curated shows in New York, Tokyo, Singapore, New Delhi, London, Kolkata, Hyderabad (CCMB) and Mumbai.

Mibin & the Marginalised: Reclaiming the Centre