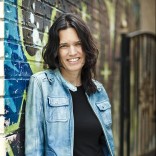 Leanne Betasamosake Simpson, a Canadian Indigenous scholar, writer and educator explores philosophies and pathways of regeneration, resurgence, and a new emergence through the Nishnaabeg language, Creation Stories, walks with Elders and children, celebrations and protests, and meditations on these experiences in her book, Dancing on our Turtle’s Back. She stresses on the importance of illuminating Indigenous intellectual traditions to transform their relationship to the Canadian state. During the emergence of the Idle No More movement of the Aboriginal peoples in Canada in 2012 which adivaani was closely following, the latter came across Simpson. Her works inspired them and made them see how the stories and experiences of Indigenous peoples all over the world are intertwined. As an attempt at creating solidarity between Indigenous peoples despite the barriers, adivaani bought the rights to the book and released the Indian edition. The Indian edition of the book contains an Introduction, “Because We Belong to the Land”, by Simpson herself that bridges the gap between the two geographical locations and makes it clear that Indigenous peoples worldwide have commonality despite their differences.

BECAUSE WE BELONG TO THE LAND

Introduction to the Indian edition

Indigenous peoples worldwide face the same on-going systems of domination from nation-states determined to gain unfettered access to Indigenous homelands for the extraction of natural resources. In addition to land dispossession, states also attempt to erase the very cultures, languages and lifeways that make our peoples Indigenous at their core. It does not matter where Indigenous peoples are in terms of the processes of colonialism— colonization, colonialism, settler colonialism or in a “post-colonial” space, the state, whether located in the southern hemisphere or the north, still sees Indigenous peoples as expendable, our lands exploitable and our peoples as worthless.

Indigenous peoples have always engaged in complex and on-going forms of resistance and resurgence against these processes in order to protect the core of our cultures and lifeways, and in order to protect the integrity of our homelands. This has taken, and takes many forms—from the more visible large scale land protection mobilizations; to critical acts of physical survival; to everyday acts of resurgence designed to connect the next generation to our land, culture and language. It is the later that is the focus of this book.

Indigenous peoples have always organized our families into societies and nations according to our own culturally inherent politics. Our nationhood is place-based and relational. It concerns itself with how we interact with each other and the land in an intelligent way. Our nations are not nation states, but societies based on responsibility, self-determination, freedom and a close and intimate relationship with the land and our natural surroundings.

Rebuilding Indigenous nations in the face of on-going colonialism and state facilitated environmental devastation is the critical issue facing Indigenous peoples throughout the world, and the primary concern of resurgent nationhood. How will our ancestors recognize us as Indigenous? How will we recognize our great grandchildren as Indigenous? How do we ensure our young people are connected to our homelands, languages, and our cultures in a way that is meaningful to them? How do we continue to uphold our responsibilities as land protectors when we are continually positioned not as citizens in our own nations but as activists, radicals or even terrorists, and when we have to contend with enormous amounts of colonial violence and criminalization when we do?

Indigenous resurgent theory is based on very old Indigenous ideas about how to survive devastation, how to rebuild our worlds, and how to re-emerge as engaged, caring societies. Indigenous philosophies, although diverse and unique to our place-based nations, hold the idea that the way we bring about that transformation must be consistent with the end goal. If we are trying to build strong and healthy Indigenous nations, the way that we do that must be consistent with our own values, philosophies and teachings. When we collectively animate and embody our teachings, the colonial landscape shifts. We come at it from a place of strength, power that comes from our connections to each other and our land. By engaging in everyday acts of resurgence—like storytelling, ceremony or language-learning we are re-building our nations one act at a time.

By practicing or re-learning the lifeways including our education and health care systems, our governance and political cultures, and the histories and philosophies of our ancestors in ways that are decolonizing, vital and land- based, we are rebuilding our communities, one person at a time. By reclaiming and re-occupying our homelands we are creating the physical space for our nations to flourish. This is the core of resurgent nationhood.

We also must engage our critical minds in order to interrogate colonial thought and actions in all the ways it infiltrates our communities, our lands, our minds and our bodies. Resurgence isn’t something that just takes place on the land, it also takes place inside of us, it also concerns our bodies. Colonialism has brought with it a system of heteropatriarchy that has asymmetrically attacked Indigenous women and those that do not confirm to the rigidity of colonial categories of gender and sexual orientation. Honouring diversity and difference must be the foundation of our nation rebuilding. We simply cannot afford to replicate colonial violence and exclusion whether it is based on gender, sexual orientation or ability. We must have agency in all of our intimate spaces as well as in our homelands.

On one hand, Dancing on our Turtle’s Back comes from a very personal place—I was driven to understand Nishnaabeg politics, governance, decolonization and resurgence from within our own philosophies and theory. On the other, it was inspired by the work of Indigenous writers and orators such as Lee Maracle, Ellen Gabriel, John Mohawk, Taiaiake Alfred, Trish Monture, George Manual, Manulani Meyer, Vandana Shiva and Vine Deloria Jr. Perhaps the most influential Indigenous intelligentsia came from Taiaiake Alfred’s Peace, Power and Righteousness and Wasáse in which Alfred calls for the rebuilding of Indigenous nations on our own terms, according to our own political traditions. He calls for a recommitment to fostering an intimate relationship with the land, a recommitment to living out our cultural values, speaking our languages and embodying our political traditions as a critical way of regenerating our nations and transforming our relationship with the state. This resonated very deeply within me and sent me on a years long journey to connect to my own system of governance and the political philosophies of my people, the Nishnaabeg. But more than any one book or scholar, it was the teachings of my own people that are the foundations of Dancing on our Turtle’s Back and continue to sustain and inspire me to this day. I am forever grateful to my elders, Edna Manitowabi and Doug Williams—they have been my greatest teachers and friends.

I originally wrote this book for a Nishnaabeg audience—for my friends and family and like minded people in my community and nation. I wrote to my children and to my great grandchildren. I wrote for myself, to remember. It never occurred to me at the time that this book would be of interest to other Indigenous peoples in Canada. It never occurred to me that non- Native people would be able to connect to the book, and I was surprised the day I learned a publisher in India was buying the international rights to the book.

How could something that started out as a personal reclamation project resonate with other Indigenous peoples from different territories and cultures and whose homelands were in different parts of the world? The short answer is land. Land is critically important for Indigenous peoples, in terms of our continuance and our survival.

Our connection to our homelands is the source of our cultural, political and spiritual foundations. It is our system of governance. It is where our songs, dances and celebrations come from. The connection is so strong, that many of our elders talk about our peoples being part of the land. This is the relationship colonialism tries most desperately to break, and the desperation is only growing more severe and more urgent now that the environmental damage from four centuries of capitalism and colonialism begins to catch up to the colonizer.

I think beautiful Indigenous bodies on the land, living our cultures, singing our political systems, and animating the lifeways of our ancestors is revolutionary in the face of on-going hydro-electric development, oil and gas development, mining, deforestation, chemical farming and genetic engineering, encroachment, environmental contamination, and the criminalization of dissent. I think Indigenous peoples know how to live with the land and develop sustainable alternatives to capitalism—because it is Indigenous economic intelligence that has sustained us for most of our histories. I think Indigenous women hold great wisdom in terms of transforming our societies backward and forward into societies that our ancestors would recognize as Indigenous. I think connecting our next generations to the land in a profound and intimate way, in a way that amplifies the history and philosophies of our ancestors is the best way to ensure they survive as Indigenous peoples. Dancing on Our Turtle’s Back is just the beginning and I hope it inspires other Indigenous peoples to continue their work to find the gifts their ancestors left for them and to breath new life into our collective fight for freedom.

Indian edition published by adivaani in 2014 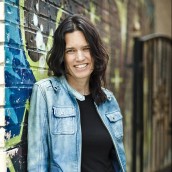 Leanne Betasamosake Simpson is a renowned Michi Saagiig Nishnaabeg scholar, writer and artist, who has been widely recognized as one of the most compelling Indigenous voices of her generation. Her work breaks open the intersections between politics, story and song—bringing audiences into a rich and layered world of sound, light, and sovereign creativity.She holds a PhD from the University of Manitoba, and teaches at the Dechinta Centre for Research & Learning in Denendeh.