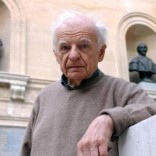 ‘The Icon and Death’

In the title study of this book, Yves Bonnefoy focuses on the pivotal year in the development of the Baroque style. Richly illustrated, his Rome, 1630 reveals how a pan-European movement was born from the achievements of the Italian and foreign artists who congregated in the city during that seminal period. The five supplementary essays in the volume further explore the evolution of seventeenth-century painting, particularly in the works of Elsheimer, Caravaggio, Cortona and Poussin. In his afterword, Hoyt Rogers pays homage to the author, analysing the centrality of Baroque art to Bonnefoy’s poetry and aesthetics.

Just before the onset of the 30 preceding years, two crucial and dramatic turning points had taken place on the stage of painting: the dual self-assertions, bold and unheralded, of Annibale Carracci and Caravaggio.

The first had been summoned from Bologna to Rome in 1595 by Cardinal Farnese; and until 1604 or thereabouts, he decorated two rooms, the Camerino and the Gallery of the Farnese Palace. Here he outdid himself, in the exaltation of frequenting Antiquity, perhaps: at a single stroke, the beautiful humanist summer that had ended with Raphael appeared to begin anew—principally in the Gallery. Consecrated to The Loves of the Gods, it is not very large; all the more so, it seems on the verge of bursting, like an overripe pomegranate. Nothing remains anymore of those ‘tricks’ of the late maniera that betray such scant interest in the real. A confident and patient study of nature through drawing suggests that the experience of the senses is in continuity with reason; but it does so without abstraction, rather through a sensuous sympathy with all the fully developed forms of life. Hence the Idea, heaved into transcendence by Michelangelo, appears reconciled with the most accessible of worlds: that which we can simply look at, with our eyes wide open; yet, even so, it sacrifices none of its intelligibility, none of its transparence. This is a miracle, after so many years of disquiet, of contortions, of grisaille: once again—and thanks as well to the composed landscape which Carracci also recreates, in the ‘Aldobrandini’ lunettes—the fecundation of the image by perceptible appearance, and the musical approach to the world, seem to become wholly possible again.

And the humanist theme of Apollo Flaying Marsyas (the mind fulfilling nature) also reappears in a tondo of the Farnese Gallery; here, what made Raphael’s grandeur in the Room of the Signatura shines forth: the supreme lesson of unity. While Wölfflin did not understand this, we are well aware today that the anti-Mannerist reaction in the first years of the century—before the quite distinct inauguration of the Baroque—was strongly tinged by Raphael.

For Carracci—just as for Raphael, when painting The School of Athens—what demonstrates the continuity between the divine and its creatures is that the form of the latter, as drawing reveals, tends towards a mysterious aim: the capacity, we might say, of becoming more beautiful and harmonious; and thus of suggesting the perfection of an Intelligible, to such an extent that it seems to be the supremely real, behind the veil of appearances. This was Carracci’s way of thinking, and that of many others in those years.

Panofsky has shown how even Galileo [n. 10], the great physicist and astronomer whose discoveries did so much to ruin the idea of a cosmic order—but who was also a lover of painting, and of Carracci in particular— could not free his mind from the feeling that the goal of the real was essentially aesthetic. Because of this, he fell prey to a remarkable mistake: his denial of Kepler’s ellipses. For Galileo, the planets could only describe circles, because the circle is perfect; this implies that the ellipse is only a deformation, without any place in the divine essence of the real. Here Bruno is quite forgotten, along with his formless, infinite universe—which in truth, is more or less our own. The orthodoxy of thought, around 1600 or 1610, is the ‘Greek’ vision of forms, re-established in its purity—such as the Christian Renaissance had reprised it, at any rate.

Though not without some singular shifts. I just alluded to Raphael, as the source shared by both Galileo and Carracci, since it is he who best expressed—in The Triumph of Galatea, for example, or The Sistine Madonna—that rotation of all forms around a mysterious centre, that unity which resonates in the contour of a shoulder, like a chord in the harmony of the spheres. To such a degree that his work is a kind of preliminary drawing, where we perceive a direct confrontation of consciousness and being. At least in his maturity, it is teasing out of the Idea—harshly, at times almost coldly retrieved in the most immediate givens of life, not of a dream. But in Carracci we no longer find that formidable alchemy; and if, pervaded by the ‘learned music’ of Raphael, we take another look at the Farnese Gallery, here is what appears: certainly, in each figure, a sense of rationality; but even if the superabundant decoration of the room has an overall perspective that seems valid to the visitor, each of the framed scenes has its own space, and thus the sculpted frames and paintings denounce each other as images—an effect compounded by the superposition of pictures that the painter has multiplied, and the ambiguities between painted figures and stucco. What Carracci seems to want to emphasize, in this evocation of the gods, is that he is accumulating simulacra.

He says that the unity he is in fact constructing, when he gathers them in the closed network of the vault’s decorations, is not that of the real but simply that of the place modern man grants himself— the unity of his preoccupations, his subjectivity, his dreams. Forms are rational, but that faculty of reason is only within us—and is only a dream, no doubt. And if we return now to his beautiful Flight into Egypt, the ‘composed’ landscape, we are better able to measure the scope of this avowal.

Beyond the Reel: Ray’s Illustrations

True, the intelligible is its concern, but more suggested by that city over there, rational in the light, than practically verified in the depth of space. In the foreground, for example, the figures that go by are our human time, which is always squandered, which is never made whole on its own. The foreground is not integral to the rising terraces of the Intelligible: instead, it forms a window, thanks to the trees that contrast with the expanse further of; and thus our consciousness as observers is separated from that lovely countryside. Undeniably, there is a novel outlook on the realities of the earth. They are evoked— or will be—through a warmth and palpitation of the atmosphere, a depth of substance, a colour sonority such as Raphael did not know. But that union of rationality and substance is readily accessible only because this vision is nothing more than a dream, in which divine proportion is not really verified—though it must be—in all aspects of the perceptible.

Winner of the French-American Foundation Translation Prize for Nonfiction 2021 . 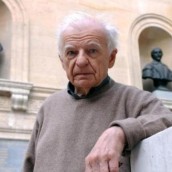 Yves Bonnefoy was born in Tours, France, in 1923. Poet, critic and professor emeritus of comparative poetics at Collège de France, Paris, he has received several major international awards for his work, including the Prix mondial Cino Del Duca (1995) and the Franz Kakfa Prize (2005).