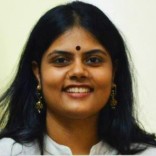 Shambhobi Ghosh is a business writer at PwC India Acceleration…

Asia Society India Centre hosted an online conversation on the book Acrobat: Poems by Nabaneeta Dev Sen (published by Juggernaut Books) on February 02, 2022; the organization’s first arts and culture program for the year. Nandana Dev Sen, the translator of the volume, and younger daughter of Nabaneeta Dev Sen, discussed the poet, woman, and mother that was Nabaneeta Dev Sen, with Arshia Sattar — fellow translator, feminist activist, and a friend of Nabaneeta.

Nandana and Arshia delved into the book through fond reminiscence of its author. Arshia, who has known Nabaneeta for over two decades, admitted to becoming “a little bit teary” having read the volume of poetry. Nandana acknowledged her emotional response with warmth, noting that Arshia was a “kindred spirit” to Nabaneeta in her politics, feminism, and literary activism which, in many ways, has set the stage for the generations to come. This exchange was an apt introduction to the poet’s own emotionally charged work, which are startlingly personal, and incredibly brave in their honesty — resonant of Nabaneeta’s turbulent domestic life, as well as her own strength and candour.

Discussing the poem “The Last Gust” (which Nabaneeta wrote in English and herself translated into Bangla, titled “Sheetjhor”, in 1971), Nandana reflects on her mother’s decision to return to India following her failing marriage. This decision had, in many ways, paved the way to her literary career and linguistic activism. Despite being a polyglot, with near-native fluency in English, Nabaneeta made the conscious choice to write her creative works almost exclusively in Bangla. Underlying this choice was the deep-seated anxiety over Bengali being alienated as a regional language in an increasingly globalized world, where multilingualism’s space was rapidly diminishing. In this context, Nabaneeta also predicted the explosion of Indian writing in English, which represented an India that didn’t reflect the complex and layered realities of the majority of the country. She explored this fear in her novel Probaashe Doiber Boshe (Abroad, By Chance), in which the protagonist, a young woman, travels to the UK and decides to write exclusively in English.

Thus, despite her deep love for and interest in Indian writing in English, Nabaneeta was committed to both writing in, and translating creative works in regional languages. Her relentless activism in this sphere, along with comrades like Arshia Sattar, laid the foundations of a healthy culture of translation in India. Nabaneeta was committed to translating poetry by women across India, and all over the world. She translated a wide range of languages into English and Bengali, and learned from the forms she explored in the poems from around the world. The last book she contributed to and saw the publication of is, in fact, a translated volume of poems across the world, aptly titled Shara Prithibir Kobita (Poems from Across the World).

Nandana notes Nabaneeta’s fraught relationship with language, and discusses several of her poems that explore this self-reflexivity. Her poetry, according to Nandana, empowered Nabaneeta as much as it made her vulnerable. Nandana has selected several of these poems to represent Nabaneeta’s fascinating ambivalence. A classic example is her poem “Heartbeat”—at once a powerful portrayal of her visceral connection to writing poems and her awareness of language as a “cunning moneylender”. Nabaneeta continually explores the violence and unreliability of words in her poems, an act which, much like her politics, is a way of holding herself accountable as a writer and wielder of a potent but amoral tool such as language. Nandana recalls Nabaneeta’s unwavering commitment to taking responsibility for her life and her art, which inevitably generated anxiety. As a poet, Nabaneeta was also deeply aware of the elusiveness of language, and expressed her frustrations over controlling language as a vehicle in poems like “Haay Shobdo” (A Sad Song About Words). In this sense, her poems are frequently charged with conflicting energies of liberation through expression, and imprisonment within linguistic confinements.

Discussing Nabaneeta’s work, both Nandana and Arshia highlighted the feminist politics that informed her poetry and prose. Her emotional honesty, as well as defiant stance against normative social structures shines through poems like “Return of the Dead” (“Amake Tobe Grohon Koro, Kolkata”), in which she describes her return to the city as a divorced, single mother of two young daughters. Nandana remarks how this return, unlike her departure from Kolkata (as a promising young scholar and artist, married to another bright academician), had stirred the discomfort of even her own progressive literary circle. She also recalls how Nabaneeta would read this poem frequently at literary events, and tear up after each reading. This incident is illustrative of how deep and raw her emotional memory is of that period of her life, and how brave she has been in baring her soul to the world through her poems.

In fact, Nandana noted, the public image Nabaneeta later on constructed for herself was also an act of protest — a protest against the assumption that women’s creative work is always autobiographical. While much of her prose was about her real life as a single mother of two feisty daughters (a fully female household that people were almost expecting to eventually ‘fail’), the self-deprecating humour and wit she used to portray herself successfully created a lighter, joyful ‘persona’ that subverted public assumptions of her inner life.

In contrast, her poems explored complex emotions of love, grief, heartbreak, motherhood, sadness, anger, and joy. Through diligent study of poetic forms and structures, Nabaneeta had achieved mastery over rhymes and metres, which she frequently employed to modulate darker feelings. Nandana felt that her mother was a poet ‘by compulsion’, and felt the responsibility to engage her truest self while writing poems. Her poems are as rich in humour as her prose (as evident in poems like “Green Salad for My Husband”), yet they display a rare multidimensionality of themes and emotions, all of which represent the multi-faceted experience of womanhood. Nandana and Arshia agreed that for Nabaneeta, being a woman was also a responsibility, and her commitment to representing womanhood authentically underlay her brave honesty in her poems.

One of these authentic experiences was her deep-seated anxiety of motherhood, explored in poems such as “This Child”, in which she poignantly portrays her vulnerability by stating the unutterable: “One day this child too will die.” Nandana called her experience of translating Nabaneeta’s poem “revelatory”, as she saw Nabaneeta’s motherhood in a new light.

Reflecting on the process of translating her mother’s poetry, Nandana felt that her earlier translations had been primarily through a daughter’s perspective. Those experiences had been practical, fun, and born out of necessity — for all of Nabaneeta’s commitment to translating writers in regional languages, she was not invested in translating her own work into English. Nandana, however, also recalled Nabaneeta’s joy when she surprised her mother on her birthday with an English translation of her book. She regretted that Nabaneeta’s work has not been translated more widely, and hoped that other translators would eventually fill this gap.

Several of the translations were done with the poet, an experience which Nandana cherished, while underlining the frustrations of being, as well as working with, a hopeless perfectionist, agonizing over every word. Nabaneeta loved rhymes, and expressed as much through the poetic structure as she did through the words and images. Hence, Nandana was strongly committed to preserving as much of the form, rhyming scheme, and the visual structure of the original as possible. She visited several poems more than once to bring back the visible and invisible rhyming schemes into her translation, sometimes substituting the literal lexical equivalent with cultural equivalents, being averse to including footnotes to poems.

While Nabaneeta was delighted by the prospect of Acrobat, she did not live to see its publication, passing away only a few weeks after signing the contract with Juggernaut.

Nandana’s experience of translating this particular volume of Nabaneeta’s poetry was both challenging and fulfilling — while some of the experience was overwhelming because of the recent bereavement, the journey also helped her process her grief, and come to terms with a ‘new’ reality where her mother is no longer present. Nandana ended the conversation on a deeply emotional note, reading out a letter to her mother (included in the book) that she completed writing shortly after her mother passed away. The letter is a fitting homage to Nabaneeta the poet, and a warm memory of Nabaneeta the mother, conversing with her infant daughter in bed, just before turning out the light. 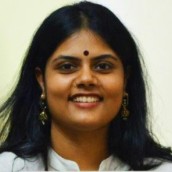 Shambhobi Ghosh is a business writer at PwC India Acceleration Center, Kolkata. Having trained in English Literature and Ecology & Environment Studies, Shambhobi's literary interests span science fiction, ecopoetry, historical fiction, literary fiction, and other diverse forms and genres. Her stories, poems, and literary translations have appeared in magazines and anthologies in India and the UK. In 2016, she was awarded the Sera Bangali Kalker Sera Ajke award for literature by the ABP Media Group. Her latest work of translation is a short story collection by Jean Lorrain, titled Krishna Ether (from the volume Nightmares of an Ether Drinker, translated from French by Brian Stableford), published by Spout Books.