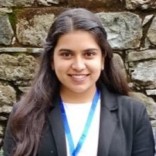 Keerat Garcha is a heritage and art conservator with an…

When we approach ‘conservation’ today it might seem like an advanced discipline that is often dependant on state-of-the-art machinery and seeks a sound understanding of chemical compounds as well as an appreciation for individual artistic endeavours. But before conservation took a professional turn and developed as a specialised field of engagement, it was an amateur vocation for many at home. For instance, all the intangible cultural heritages like religious rituals, traditional practices and values reach and remain more or less intact in their journeys from one generation to the next because there is always an attempt to ‘conserve’ them. Examples of evident amateur conservation would involve taking care of tangible commodities like heirloom jewellery, classic old recipe books owned by our great grandmothers, and various other prized possessions that have been conserved by consecutive generations.

So it is safe to say, behind the successful transition of ‘hand-me-downs’ or ‘family heirloom’ there were always passionate custodians who took it upon themselves to care for objects and articles that came their way through inheritance, purchases, or as gifts. Museum professionals clad in milky lab-wear hardly had a role to play. While I have already mentioned intangible cultural heritages and tangible artifacts, as professional conservators we mostly deal with the latter and specialize in perfecting the practice of ethically driven material preservation in a laboratory environment.

Conservation can thus be conceived as a material science that assures by various means that these objects live on to serve the society and culture they represent. In other words, conservation of the heritage and the arts is a multidisciplinary science that safeguards the character-defining determinants like the substances, uses, and cultural associations or meanings of a cultural resource to retain its value and extend its physical life. And since culture is a living tradition, when we try to secure culturally significant objects in various states of existence and across different stages of history, as conservators we are always mindful of the fact that these objects are key to cultural interpretations and deeper understandings. This makes culture preservation a robust exercise, encouraging a wide range of interpreters, from high school students to neuroscientists, who can rely on the restored objects to draw meaningful inferences.

In the world, we live in and amidst the societies where cultures prosper, as hinted before, conservation exists also as an emotionally induced interaction. It starts with a perception that further guides the act of holding on and not letting go. Based on my experience with the materials that hold memories and values in the form of objects with their respective custodians, safeguarding these metaphysical values can prove to be exigent. Although scientific analysis, in sync with the historical anecdotes and often involving enhancement of their artistic counterparts, the development of conservation methodologies may also be seen as a poetic expression that lauds the marriage between social predilection, science, history, and indubitable power of artistic expressions.

Let us now explore the material aspects of conservation, which is often dubbed material science. Like everything else that exists in nature, artistic materials age and degenerate as nature commands. Growing up we are familiarized with things as living and non-living. However, chemically speaking, we are all made of the same few substances that re-occur in nature with diverse complexities in form and structure. Despite recognising these objects as living, breathing custodians of time we categorically defined ‘objects’ as ‘non-living’ entities for our understanding of these forms is still naive. If objects were truly ‘non-living’, how can they age?

‘Buy one, get one Free’: Female Bodies in Bollywood

Oftentimes we have a singular, and somewhat negative approach to age, which essentially diminishes the material value of an object as years go by. Pitted against time, a conservator on the other hand inverts this depreciative understanding of an object’s value by restoring historic and cultural layers of the object. With an eye to the future, conservation is thus a toolbox of the present, quipped with the most up-to-date knowledge and skillset, that helps us open a window to the past. So to a conservator, the age of an object is directly proportional to the possibility of mining its value and worth.

Conserving becomes doubly rewarding when you are dealing with artworks daily. Beyond the material constituents and traditional techniques that are ascribed to an artist, the artist more often than not enjoys an intimate and involved interaction with the work of art. This unique interaction between the artwork and artist also informs conservation. Receptive conservators often delicately extract from the surface vital information and personal traits buried under paint and brushwork or hidden behind certain choices over others. Such explorations lead to knowledge production, and in this manner conservators actually enable scholars and art historians to challenge or re-evaluate the concerned artist and artworks.

Amazing!
3
In Love with this Piece
0
Makes me think!
1
Mind-blowing
0 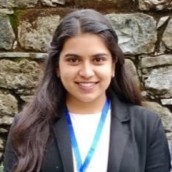 Keerat Garcha is a heritage and art conservator with an inclination towards collection care management in museums and art institutions. She is currently working at Kolkata Institute of Art Conservation, a unit of Anamika Kala Sangam Trust, supported by Tata Trusts Art Conservation Initiative.