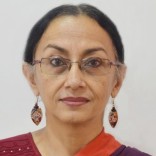 Urmimala Sarkar Munsi, a faculty member at the School of…

In Bollywood as well as in dance reality shows, powerful plastic images of hyper-gendered male and female bodies are relentlessly recycled as commercial items to sell products, films, and lifestyle choices. Here, I wish to analyze the consumption of Bollywood dance through David Harvey’s concept of accumulation by dispossession. I use the theory of dispossession to understand the process by which female sexuality is appropriated as property by the market economy. Though it is often hoarded by women to drive the hyper-masculine film and television industry of India, the dispossession of women is inevitable in this context, as they merely hold and trust their assets. In this case, body skills, sexuality, for the rightful owners, or the highest bidders, the agency and the rights to the body, and the magic it can create through the display and use of skills in dance are commodities, and often acquiring one would naturally mean getting the other one for free. Hence, the women actors of mainstream Bollywood cinema today need to have two saleable assets at the same time. Their cultivated looks cater to the idea of beauty, while skills to move their bodies are needed to create an image of hyper-gendered sexuality.

This also works in the opposite direction, whereby a woman dancer, specifically contracted to perform in a dance number would automatically be expected to come with a great body and the skill to titillate sexually. The body and the dance become coupled as a two-in-one product, as consumables that are usually sold together in the list of assets that are necessary to gain entry into this competitive world. Capacity to act or serious training in dance comes later in the list of must-haves. Women actors also have very short screen lives, as their market values are proportional to their objectified physical assets. Instead of increasing the woman’s capacity to bargain in the changing time, the perpetual uncertainty about self marketability and fear of being highly replaceable, make women perpetually vulnerable, and the market becomes more and more controlled by the buyers. Therefore, I understand glocal popular dance and dancing bodies as commodities, and imagine the possibility of replacing terms like ‘aesthetic’ with ‘marketability’, ‘audience’ with ‘buyers’. It also problematizes the dualities and replicability of terms of reference, like ‘labor’, ‘dedication’, ‘commitment’, which are commonly used in the high art parlance of classical dance in India, but have little applicability in contemporary Bollywood dances. Dance items could thus be seen as saleable products within a vast network of practices and transactions, where marketability is the legitimized goal, while technique, form, hard-earned skills—that have otherwise governed the traditional world of Indian dance—are completely redefined.

The site where the product is consumed, either metaphorically or literally, also assumes importance. This is where the question of the popular and the constantly advertised dance numbers from Bollywood need to be critically understood as a dominant cultural driver in India’s neoliberal economy. To be a product appreciated and marketed worldwide, it has to be conceptualized and produced, according to certain demands that are assumed to be global. And Bollywood does emerge as a popular genre, much sought after as a form by eager learners everywhere. Interestingly, it also resists cutting off its so-called ‘connection with its roots’ in dance forms within India, and in doing so conveniently keeps the historically exotic connections intact for its marketability.

Glocal Bollywood has constructed its own fictitious, ideal male and female bodies, dance movements, and choreography using products, processes, and techniques from all over the world to construct whatever it thinks would sell around the globe. The oversexualized use of the female body— constructed through dance movement, the sensual use of chest, hips, lower abdomen—is completely different from the way body features in Indian classical dances. In effect, Bollywood has created an alternative Indian-ness by regularizing these deviant forms through relentless repetition. Bollywood’s particular culture of consumption works well with neoliberal practices, its products, consumable packages of unreal stories supported by a make-believe world, and of course the delectable actor-bodies that cater to the demand of a growing chain of markets at home and abroad.

The precarity of its workers, particularly those of women, who fear they are all too replaceable and therefore choose to acquire a more perfect body is in stark contrast with the projection of these women in media as free agents in the liberalized economy, as well as successful, independent human beings, making informed choices about owning a certain kind of body, living a particular celebrity-life, and being the object of adoring gazes of millions.

In reality, the gaze directed at the women’s body is far more judgmental than that suffered by men. Women in Bollywood—heroines, as well as the item dancers—are paid less than their male counterparts. In their careers, women are more susceptible to disposability as their bodies change with age or due to motherhood. Though many female Bollywood performers have expressed their frustration and anger at this discriminatory practice, there has been no real protest for fear of retribution. Feminine and masculine stereotypes become part of transactions that create bodies for this industry. Those aspiring to succeed in television or film, start by acquiring a marketable, ideal body, and a saleable look in terms of hair type, body weight, skin texture. These become prerequisites to their aspirations.

Unlike in the past, none of this is impossible anymore. Everything can be bought and ‘fixed’. In other words, transactions occur at every phase. For the right price, a certain product or ‘package’ could be bought to help create a variety of six-pack or any other bodily quality in a male or a female. Yet at the same time, Bollywood aspirants need to acquire skills as well. Dance classes are a must. But for a Bollywood career, one does not need to learn a form and practice a technique to the exclusion of everything else, the more fluid one is about catching on to new dance movements by imitating and reproducing them, the more he or she is appreciated. That’s why the skillsets for traditional dance practices and popular Bollywood dances are completely different. Dance captured on camera demands entirely different technical requirements and a completely different set of skills. Here, the dancer has only to learn short movement sequences and to reproduce them for a certain shot. There is scope for several shots, and the possibility of re-doing it till the perfect shot is captured. So the camera also does a lot of work for the dance. Along with the editing, it enhances, speeds up, or slows down dance movements, takes close-ups, and cuts out unwanted parts of movements to create the final dance. It is known to be a common practice that the feet of many dancers have been edited into shorts when a Bollywood dancer is shown to be doing difficult footwork but actually cannot do it skillfully. Sometimes dummy dancers perform difficult dances shot on two bodies. All this is a process of creating the perfect dance. Once the final version goes into a film and is seen by the audience, there is no way that the image can be replaced. This image becomes a part of public memory to be seen and archived, and digitized form for eternity.

Thus, from production to viewing the outcome of the filmy dance is more a product of technologies, such as camera, lenses, light edits, than of a dancer’s effort, practice, skill, and presentational ability. Once she or he is chosen for the body that she or he has been able to create through buying the correct pace, body hair, and skin color, she or he becomes another of these materials that digital technology can cut and paste to its satisfaction. The woman is naturally more vulnerable in this ruthless market. Expectations of her and her body are far greater than those of any man as her body is required to show and sell her sexuality and sensuality. Bollywood’s brand is based on the highly objectified and fetishized commodity of the woman’s body. A woman performer may not necessarily need to learn the skills of dance; she only needs to acquire a saleable body. The terms ‘accumulation’ and ‘disposition’ assume further complex implications in this context.

Being and Nothingness in 1997: Looking at Radiohead’s ‘OK Computer’, 25 years hence

In comparison to what any other skilled artist earns in India, Bollywood actors are remunerated at much higher rates. In fact, classical dancers earn a fraction of the salary paid to Bollywood dancers. But at the same time, the control over the right to remain in the industry is never given to a woman in Bollywood. Their careers depend on whims and fancies, and more importantly on the evaluations of their marketability. The revenue that is generated by the movie industry pushes one to understand accumulation at the cost of the precarity generated for its women, whereby their extreme disposability and replicability, their actual and emotional disposition are essentially a byproduct of the constant need for the industry to be in a cutthroat competitive readiness for its choice of market-friendly consumables.

At this point, the word ‘reception’ that is usually used in case of the audience in audiovisual mediums, such as performing arts and films, may be replaced by ‘consumption’, a word that resonates better with the tangible products of consumer culture and the obsessive fetishization of the hyper-gendered body that drives consumption. We notice this marking of difference in Bollywood dance items where the gaze is constantly drawn to the qualities of the female ‘otherness’ through titillating glimpses of calves or legs, highlighted buttocks, partially or fully exposed upper back, accentuated breasts, and the revealing waist in transparent or semi-transparent attire.

One might view this exposure as a sign of empowerment wherein women dancers in films are seen by many apologists in Bollywood to be willing and eager collaborators as sexually expressive agents symbolizing enfranchised power. It is in this sense that the feminist corrective becomes important. In terms of gender politics, these fetishized bodies are extremely dispossessed ones. Although they appear powerful as owners of their gestures and movement, in reality, they struggle with the precarity of their labor, working under the logic and control of a buyer-driven market. Thus, the buyer’s dream sign, ‘buy one, get one free’ is a reality for the female aspirant for Bollywood roles, who is always living a life of precarity while trying to increase her market value.

Amazing!
1
In Love with this Piece
1
Makes me think!
0
Mind-blowing
0 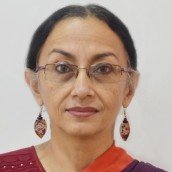 Urmimala Sarkar Munsi, a faculty member at the School of Arts and Aesthetics, JNU, is an anthropologist and a dancer-choreographer. Her current research interests include - dance, gender and embodied vulnerabilities; dance within cultural policies and discourses of nationalism; politics of performance documentation.