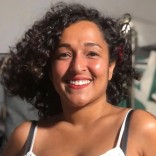 Nupur Saraswat is an international stage artist and a writer.…

Dekh Behen returned to Rangashankara, Bengaluru for 4 sold-out shows. Doesn’t matter if you caught it or missed it – read on for an urgent, critical, political exploration of the 60-minute glimpse at bitter girls, uninterrupted.

Inspired by the title, characters, and premise of Alan Ball’s Five Women Wearing the Same Dress, Dekh Behen is adapted into a gritty and hilarious look into the female friendship in a high-stress kiln of a big fat Delhi wedding. A posse of bridesmaids – yes, unorthodox for an Indian wedding, as pointed out by the characters during the show – have gathered to rehearse the impending “item number” they are carefully chosen to perform.

From the bride’s sister to the groom’s sister, we have an assembly of a colourful cohort in identical outfits. In a bold but realistic look at a room such as this in an upper-middle-class family, we see them laugh, cry, gossip, eat, drink, and smoke up. We also explore each of their relationship with the bride. The forecast doesn’t look so good. Unpredictably for a wedding, yet predictably for a dynamic such as this, they seem to at best be ambivalent, and at worst hate the bride.

Akvarious Productions presents an entirely female cast and crew in a bitter-not-sweet comedy about daughters, girlfriends, mothers, sisters, wives, and getting through one “bloody shaadi ka function”.

The writer and actor unflinchingly report the realities of the Delhi girl – the good, the bad, the panty wedgie that just won’t come unstuck. The responsibility of the comedic relief is hers and hers alone even as the script gets dark toward the end. She has been tasked with “keeping it light” as if her life depends on it, checking every box of the funny-friend description. But, the emotional depth that is often juxtaposed with such dark humour is clearly lacking, bartered away in favour of a Bollywood-style unfolding. While the show insists on its female-led fun revolution, there is a persistent after-thought that begs if you didn’t just have as much fun as you might watching Akshay Kumar and Rajpal Yadav in the early 2000s, which is both a compliment and not quite as much.

While the burden of leaving the audience provoked by thought is not demanded of Dekh Behen, it is the tantalizing promise of the premise and the script that leaves this viewer wanting more. More of the debauchery that Riya seems to crave from the wedding, expressly teasing the audience with it in Act 1. More of Kanupriya’s evolution from the jaunty middle-India Mindy-Kaling-esque nouveau to perhaps acknowledged with a self-awareness that being with the other four city women is bound to bestow. More of Trisha’s sexual ambivalence and intervention of the gossip sessions, asking humaneness out of rooms such as these. More of Mindy’s unwillingness to explain her homosexuality as if having signed on to this indentured emotional labour.

Through this all, one thing is undeniable. Nath invites you, nay – dares you, to cringe at the potty humour we would have so willingly expected of, nay – celebrated in, an Akshay-Kumar-type-comedy staging. But in the case of Dekh Behen, the cackling audience goes perceivably quieter, suddenly exploring their own sensibilities, wondering if this is the kind of humour that may tickle them. It is undeniable the sudden lowbrowness a joke about fingers in arseholes finds itself with when stumbling out of a woman’s mouth.

Soundtracks more titular than the climax

The Bollywood extravaganza is complete with the desi beats of the background score, the titular soundtrack readying the staging for the big screen, and a relatively big name attached – Mithila Palkar as the bride’s sister, Riya. Oh, wait! The big screen debut of this plot look-alike has already happened in the feminist popcorn flick – Veere di Wedding. Then, what more can this production add? Grit, this viewer decides. So we, once again, look at the script to throw Pandora’s box of stereotypes wide open and reveal nuance.

The infusion of alcohol, marijuana, and tobacco is aptly juxtaposed with the big fat Delhi wedding, one might agree. What calls out to this viewer is the moment of quiet exploration of addictions that is hushed up as Riya edges to a confession that she picked up her first joint among her sister’s friends when she was 12. Yet, the cries for “Another bottle! Another bottle!” of champagne continue while Riya rolls another fat one. Only a script so self-aware and nuanced can call upon the comparison so subtly that it might not even register for some because of the well-established relationship Delhi weddings have with drugs and alcohol. While for the others who might be triggered by the calls for “another round” due to their own lived history, the fleeting conversation about when each of the characters picked up their vices is startling to see depicted.

It is clear that the bride, Rima, doesn’t have many friends – in fact, her cackling bridesmaid cohort harbours quite a real animosity toward her. In a shadowed moment, one might even perceive the bride to be a rather lonesome woman. In this weary reflection of the archetypes of female friendship, it is easy to see how they seem to breed shallow connections and loneliness. There is no respite for Rima. She is not to be empathized with. The burden of the general dislike toward Rima is placed on herself for being “uptight”, for being “too perfect”, for having the audacity to conceive identical outfits for such mismatched women. Even as her world and marriage fall apart, the only means of connection the audience is offered to her inner mechanisms is through the one, final selfie the gang takes together. And herein lies the truth of it all – that this is not about her. She is at best a prop, at worst the reluctant antagonist.

Furthermore, the unimpeachable image that the groom is offered brings forward the coherency of the writer. The moment the same fervour of hatred is served toward Jijaji, things get awkward.  The bridesmaids are less willing to unleash the wrath of their cuss and goss on him. He is allowed flaws, even love.

Even as the climax reveals the groom, Nikhil, to be the villain (and not Rima – who would’ve thunk!) he remains unreachable, not for the failings of the script, as Palkar fails to cry. It is unclear if the intention is to not overplay the victim or if it is an uninvested actor. The underhanded comedic relief that Nath, as Manpreet, has found herself exercising is both infuriating to watch and the only reprieve from Palkar’s twitchful acting.

The show, without a doubt, is a must watch. The lonely put-together girl in sohpmore year in Pune, the unendingly harangued housewife in Kolkatta, the tired feminist in Bengaluru, and the self-important comic in Bandra – everyone needs to dekho Dekh Behen.

*Any views or opinions expressed are solely those of the author and do not necessarily represent those of Articulate and Kolkata Centre for Creativity.

Amazing!
0
In Love with this Piece
1
Makes me think!
0
Mind-blowing
0 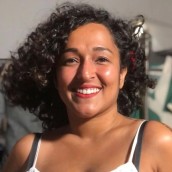 Nupur Saraswat is an international stage artist and a writer. She is the creator of the art form Theatrical Poetry. Through her work she explores the unbounded personal liberties as the ultimate beckoning of any social movement. She creates, directs, and performs shows that have been hailed as "urgent and engaging". She is currently touring with her show 'Live.Love.Loaf. An investigation into who gets to loiter' across Asia.