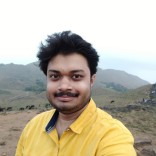 Rishav Paul is a research scholar whose area of expertise…

“Give me blood, and I shall give you freedom!” Violent revolution in a non-violent struggle

Very rarely does a theatrical performance capture the attention of adults and children, college-goers and the superannuated, the erudite and the layperson alike. Very rarely is a theatrical performance so engaging that it keeps the children in the audience glued to the stage for two and a half hours. Ashokenagar Natyaanan’s presentation of Utpal Dutt’s play “Dilli Chalo”, performed at the Academy of Fine Arts in Kolkata on 11th September 2022, was one such performance.

While Dutt’s creation was unequivocally a play of political propaganda, deriding the patient policy of appeasement and vote-bank politics that both politicians contemporary to his time and political leaders of the Indian freedom struggle during World War II practised, Natyaanan’s performance was a fine-tuned balancing act, managing to argue for a policy of non-violence through a powerful performance of a peace-loving sadhu Swami Sarbananda by the experienced Panchanan Banerjee, while at the same time leaving no doubt in the audience’s mind that Subhash Bose’s policy of direct action and guerrilla warfare was equally effective and worthy of praise. The story unravels rather like a suspense thriller one would find in a detective novel, as six members of the Azad Hind Fauj’s 2nd Guerrilla Regiment are assigned different tasks all with one objective: to blow up Pallel Airport so as to nullify British air superiority as the Japanese Army seemingly prepares to march through the forests of what is currently North-Eastern India. The manner in which they undertake these tasks, and how six people with vastly different personalities are united by unwavering devotion to the ideals of Subhash Chandra Bose to fight for freedom, is what the plot of the play is about. The biggest problem standing in their way is Colonel Brenan, a British officer dedicated to the Crown. Played with bombastic expertise by Chandan Sen, Brenan is ruthless in his pursuit of Subhash Bose and leaves no stone unturned to extract the information he needs. There can be no higher praise for Sen’s acting performance than to say that at times, one felt like rushing up to the stage and landing a punch on the merciless villain for his treatment of the Indians. Aiding the brutish British commander on his mission to eliminate Subhash Bose and thwart the advances of the Japanese Army is Arunava Middya as Travers. Avik Singha Roy, Md. Shahanewaz Alam, Babin De, Shakya Roy, Soma Naha and Rwitobroto Mukherjee play the roles of the six guerrillas Irfan Ali Khan, Damodar Apte, Naunehal Singh, Pradyut Majumder, Shakuntala Chowdhuri and Ajijul Haque respectively with dedication and passion, lending credibility to their characters within this huge ensemble cast. Shakya Roy delivers a stellar performance playing Pradyut Majumder, the spy whose father works for the British. His body language succeeds in evoking concern among the members of the audience, who are by this point rooting for Pradyut, hoping he will succeed; in the end, Roy impressively conveys his unwavering strength in the face of inhumane torture he undergoes. Rwitobroto Mukherjee as Ajijul Haque, the guerrilla who is unable to deal with the guilt of being party to the murder of a holy man, is dynamic, if somewhat over the top. Baidehi Narayan and Pratik Chowdhury excel in the roles of the Naga sister-brother duo Shokha and Matung who, despite having suffered untold atrocities at the hands of Indian foot soldiers in the British Army, remain committed to Subhash Bose’s cause. The sincerity with which Narayan conveys the pathos of Shokha’s story is particularly laudable. It would be amiss not to mention the veteran Santilal Mukherjee’s somewhat amusing cameo as the Japanese General Yamamoto—gulping down shots of sake while delivering orders to the Azad Hind Fauj’s commanders Lt. Col. Ghiyani and Major Pritam Singh in a menacing undertone; the veiled threat behind his words could not have been conveyed by an actor of lesser skill.

The action of the play thus progresses on three simultaneous strands when the action begins in earnest: the team led by Major Pritam Singh taking over Swami Sarbananda’s hermitage, Pradyut Majumder on a secret mission to steal the blueprints to Pallel Airport from his father when he runs into Colonel Brenan, and Shakuntala Chowdhuri, the radio operator at the home of the Naga family preparing for the imminent arrival of Subhash Bose. Natyaanan’s thespians are able to do justice to each strand, reminding the spectators of what the soldiers had to lose in order to gain a small victory in this war against colonial powers.

One of the most unique features of the set in this presentation of “Dilli Chalo” is the presence of a digital image projector in the background, managed ably by Tunir Chatterjee. It makes the depiction of different scenes in different locations rather easy, with the scenery changing seamlessly from a Naga hut to the briefing room of the Indian National Army, and again to the plain, unadorned wall of Swami Sarbananda’ ashram. Perhaps this is how Utpal Dutt’s communist ideology shall be digitized! Madan Haldar, Basudeb Saha and Indrajit Narayan perform an excellent job with the stage design, with none of the props looking out of place. The costumes too are tasteful and not stereotypically garish, credit for which must go to Baidehi Narayan, Animesh Saha and Shibu Das. Goutam Ghosh in charge of music and Kalyan Ghosh in charge of lights ensure that the power and emotion of the actors is conveyed properly and that the gripping storyline remains so throughout its two and a half hour runtime.

Understanding song-text: A study of khayal compositions in Hindustani music

Ultimately, Dutt’s message in this ‘propaganda play’ “Dilli Chalo”, where he criticized the contemporary ruling establishment of India by comparing them to the British, is simple: freedom is the fundamental right of every human being, and they should achieve it by any means necessary, using violence if necessary. It was his message to his independent countrymen when he wrote the play, and it was his message to his peers, his friends, his colleagues against a tyrannical government imposing an Emergency upon the common citizen in order to retain power. Natyaanan’s presentation of Dutt is able to live up to his artistic credo. If you want to understand why the revolutionary ideals of Subhash Chandra Bose still remain relevant, go watch this play.

*Any views or opinions expressed are solely those of the author and do not necessarily represent those of Articulate and Kolkata Centre for Creativity. 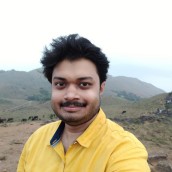 Rishav Paul is a research scholar whose area of expertise is post-Independence Indian drama. Rishav has honed his craft of theatre criticism by participating in the Articulate Mentorship Programme organized by the Kolkata Centre for Creativity, under the tutelage of Dr Ananda Lal. After obtaining an M.A. in English from Jadavpur University, he is now pursuing a PhD in English from Savitribai Phule Pune University. He likes to read books on almost any topic under the sun, but unwinds by watching football and making a wide variety of dishes with eggs.